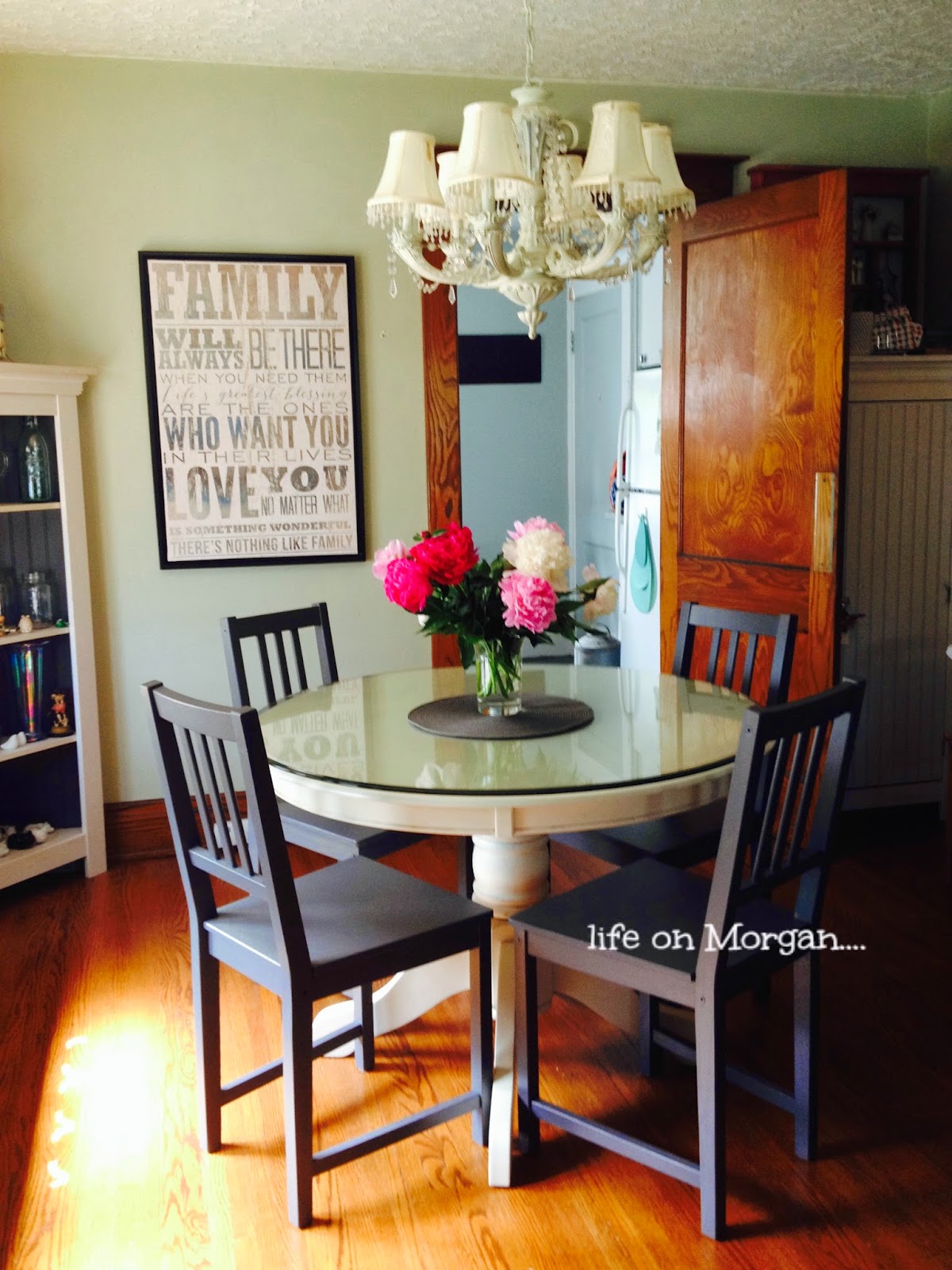 Don't you just love it when you have fresh flowers to brighten up your home?


Well I don't have a green thumb, ask anyone, but luckily I have a very talented sister who loves to garden..and it shows!


When I stopped by her home after work the other day I ended up having a glass of wine and taking home a piece of rhubarb pie and a beautiful bouquet of flowers...
p.s. they still look great three days later!
Posted by Unknown at 18:40 1 comment:

When is a deal, no longer a deal?

Once again I ventured into the stores when I should have stayed at home!  But nothing feels quite as good as a deal when you're talking home decorating, or any other shopping for that matter!

First I found these two cute bolsters for my beige Adirondack chairs!  They are a deep turquoise and have a lattice like beige and white design.  A little different than I might normally pick, but what the heck? It will be a little "pop" in my somewhat browny beige backyard.

Next it was off to my local Habitat for Humanity Restore outlet.  First, right inside the door, I found this sweet baby... 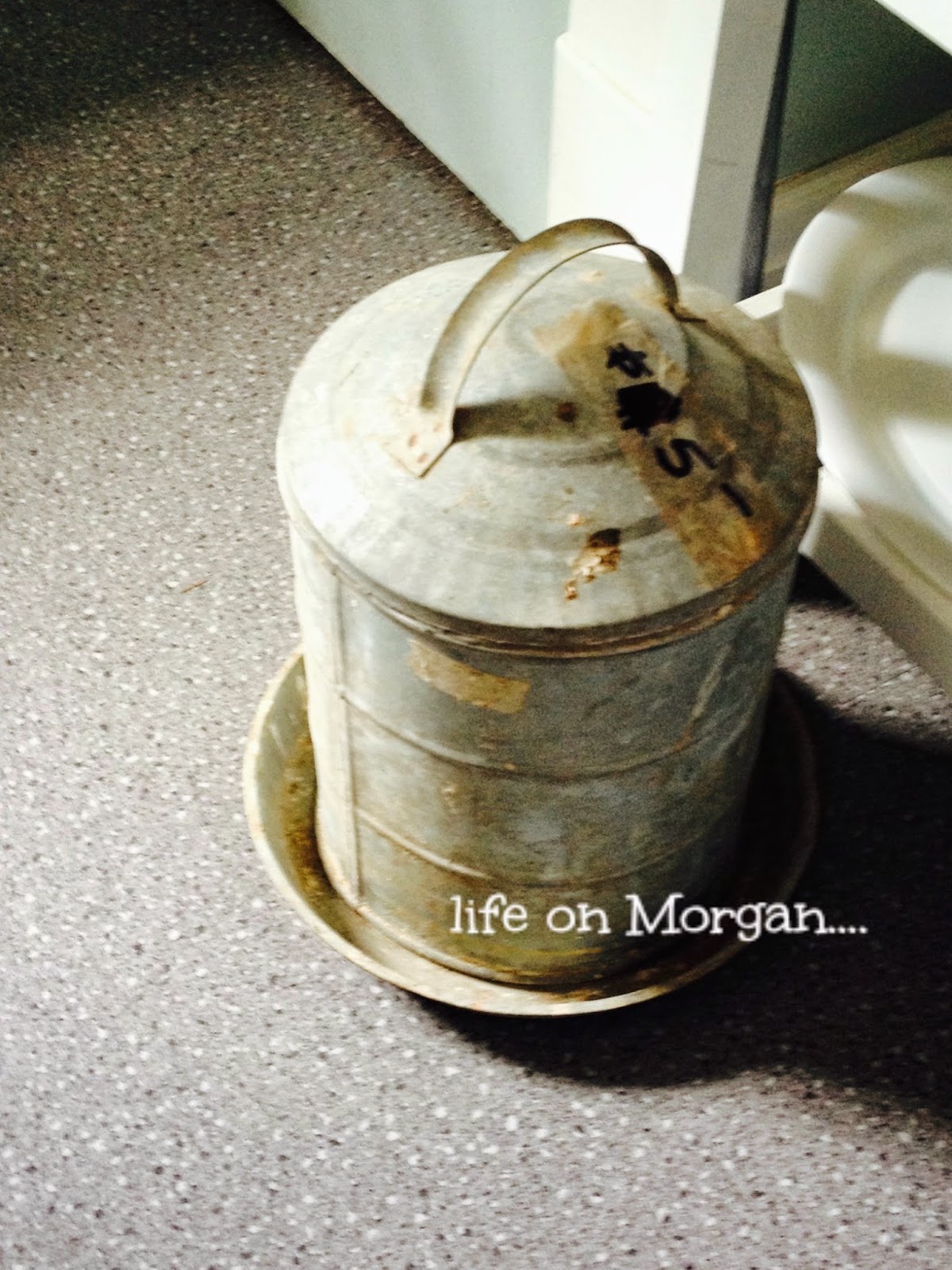 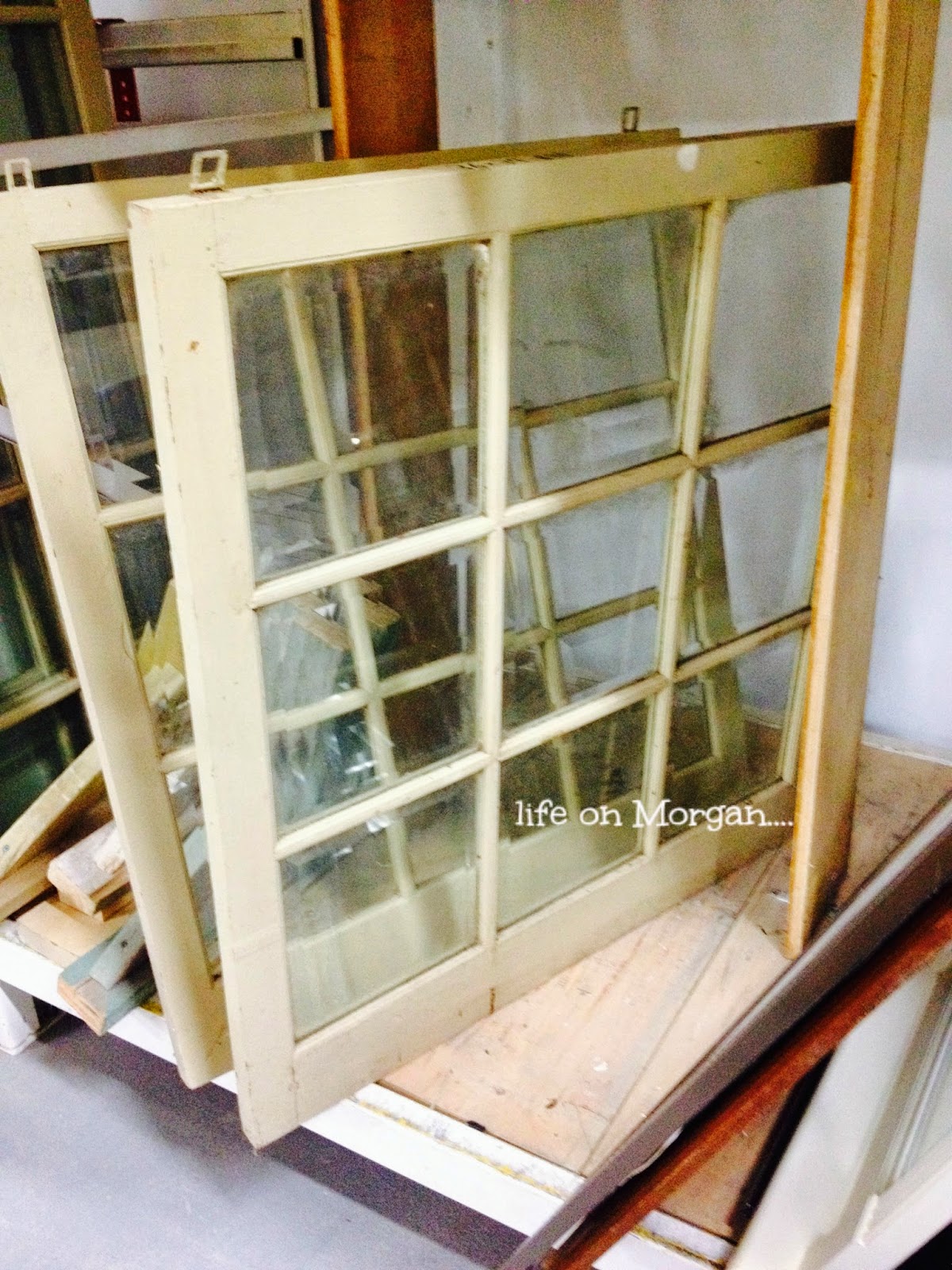 What is it you say?  Well...my first thought was that it was a chicken feeder.  It's galvanised tin and looks pretty "eclectic" and I like it! And I liked the price...$5.00! Whaaat you say?  Oh I said it...$5.00!  Well a little more investigation and I found out that it is actually a chicken waterer...is that right? Waterer? Well it is used to hold water for the chickens:)  So I was pretty close..but no cigar.  After perusing the aisles a little bit to see if there is anything else I liked I came across a few windows and doors that I liked for future projects,
and then I came to the lighting aisle.  What's that you say?  How many lights can such a small home actually use?  I know...and I told myself that...over and over again, but I just didn't listen..again.


They had Hampton Bay fixtures at the Restore that match my chandelier in my bedroom, but the burnished brown..not the white that I have. Now I know what you're thinking..they aren't the right colour.  Well I thought about that..and you know you can paint pretty much anything...but I'm really not sure where I would put them first of all, and secondly...I may just give them away if someone could use them and I can't.  But that's a decision I'll make later.  Now back to the deal.  Hampton Bay Heritage Wall Sconce..$20.00. Well you know what happened next.  Correct! I had to buy two...just in case there was some place that I found to hang them and I actually needed a pair.  But I wasn't done yet.  A Hampton Bay Chandelier $20.00.  Again...no where to put it....yet.  But maybe a little girls room..or a bathroom...who knows?
So again I ask "When is a deal not a deal?" If you don't need it?  I just can't accept that.  I was shopping like it was my job!  Ahhh, a girl can dream can't she?
Posted by Unknown at 18:21 No comments:

I used to think that as long as I had lighting everything was good.  It's only recently that I discovered that lighting is actually more important to me than I had once realized. 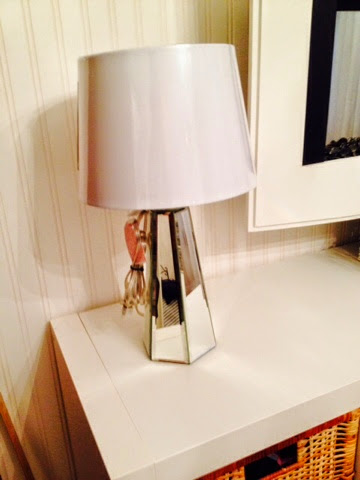 Whatdaya think?
Me too!  I think I love it!...So much so that I rushed back to get another.... 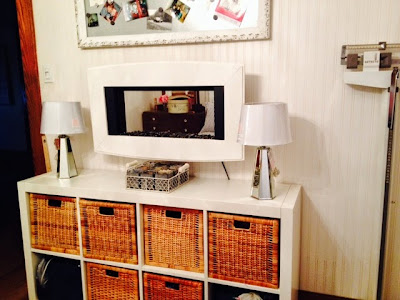 Ignore the industrial sized weigh scale...and the reflection in the faux fireplace...and the general messiness.
Try to focus on the lamps..and how they are the perfect size to balance out my fireplace!

Have I convinced you yet?  Have I convinced me yet?
Not sure.These little beauties were only $18. dollars each, and the shades were 10. each.  I thought that was a pretty sweet price for two highly reflective jewels for my bedroom.  They don't have any light bulbs yet...but that's a minor detail..
Sure, I'm an impulse buyer..and for that reason I should be staying out of the stores for sure...but when I do happen to stop by...I might as well take advantage of a deal when I see one.
Stay tuned to see if these babies make the cut...I would'nt bet against them!

I love and appreciate all types of design, but here I hope to chronicle interior design...of my home specifically, but also link to all of the beautiful designs I have found online that inspire me. Being able to make my own design decisions has been an exciting experience to say the least...but I'm looking to you to help guide me along the way with advice and guidance. I love Craftman homes especially, and I'm trying to uplift my home to their beautiful details.
Thanks for stopping by...

I'd love to hear from you!